A.S.H. Auctions was founded in 1994 by Mr Lee Sherratt and Mrs Glennis Hughes along with Mother and Son Mrs B. & Mr R Anchors.

Many people ask where the name A.S.H. Auctions came from, It simply derived from our surnames of Anchors, Sherratt & Hughes.

We were all very interested in Antiques & Collectables and visited many of the local Auctions, Fairs and Car Boot sales, where we purchased many items of interest. It soon came apparent that to carry on buying we would also have to start to sell some items, as our homes were coming to small for our collections. We began by selling at Fairs & Boot sales, but I was getting more interested in the Auctions.

One day, after we had visited a local Auction Sale out of the blue I said "lets start our own sale". This met with all different comments such like "how" , where", "are you mad".

The biggest problem was that Glen and myself both worked full time,so the only day we could hold the auction was a Sunday,not letting this spoil things we all decided to give it a go.

We stopped selling and began to buy even more,we had to have enough items for a least four sales.We hoped by then to attract vendors to our sales,when we had collected enough items the next task was to find a venue.

The next question was do we go for a large or smaller venue, as we were still unsure of the outcome we decided on a function room in a local Public House "The Coach & Horses" in nearby Tunstall.

We advertised the sale in the local paper, newsagents, shops etc.Is this enough we thought so we had 5,000 leaflets printed and went posting them door to door.Heavy on the shoe leather but it was worth it.

The big day finally arrived and with it came excitement, nerves and every other emotion known to man.We had arranged with the landlord that we would be there to set up at 12.00 noon.We were up very early that Sunday and went through all the arrangements and decided that we has done all we could and the outcome was now rest in the hands of the gods.

We were very disappointed with our advertising campaign,but as the hours ticked by the telephone started to ring, No vendors but people asking directions and other information.

The time was 11.30 , we had loaded the van and were ready to set off when the phone rang again.A voice said I believe you have a sale tonight could I put some lots in please?

We arrived at the venue and started to set up,we had decided to put 150 lots of our own in the sale at first and then add more if needed.The gentleman who rang came with 25 items and we had one more who came with 15 items.We finished loting up around 3.00pm and the final count was 210 lots,which we thought was about right for the first sale.

We had decided on the role of each of us.Brenda & Ray Anchors were the Porters, Glen Accounts I Lee Sherratt Auctioneer.

Viewing time came and soon the room started to fill up with people,when the sale started they must have been about 40 people in the room.The sale went really well,I started to wonder what all the fuss had been about.We finished about 9.30 and people were asking when the next sale would be.I announced it would be a Weekly sale from now on. 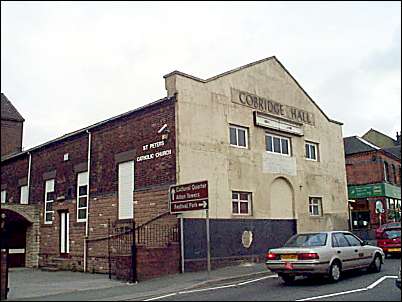 Well that's how it all started folks.Brenda & Ray only stayed with us for six sales,they thought it was going to be too much for them.Glennis & I ran the auction after Brenda and Ray left, as for the Coach & Horses that venue got to small for us after about 8 sales so we moved around the area until we took over "Cobridge Hall" which has become ideal for us.We have now over 250 vendors on our books.We employ 9 staff for our weekly sales

We have nationwide and International buyers on our database.We introduced a computer system in 1998 and now of cause we have our own website.

As most of you know in June 2016 Glennis past away after a short battle with cancer.Everyone was totally devasted as you can imagine.Her wish was that A.S.H. Auctions carried on and with great help from Glennis's two sisters and her brother inlaw and of cause all our loyal staff I have ran the auction since.I must say that the last 12 Months have been very difficult and without everyones help I just couldnt have carried on.

I will endeavor to make the sale grow and prosper.I have introduced different methods and equipment to allow this to happen.More work is being put into advertising using social media and other methods.Our website is now attracting more and more vistors every week and our appearances on the T.V. has also helped promote the sale.

I now run the auction with the help of my partner Maria.

I thank you for spending the time to read this , I find it interesting to find out how

projects get off the ground. I hope you do too.